The Chapel Island property is located on Chapel Island in northeast-central Newfoundland  and is situated within the Dunnage tectonostratigraphic zone of the Appalachian Orogen (Williams et al, 1988). Rocks of the Dunnage tectonostratigraphic zone originally developed in the Iapetus Ocean between the Precambrian sialic crust of the Laurentian and Gondwanan cratons (O’Brien, 2003). The rocks consist of ophiolitic, volcanic, volcaniclastic and sedimentary rocks of island arc and back arc affinity which record the formation, development and subsequent destruction of the proto-Atlantic Iapetus Ocean. 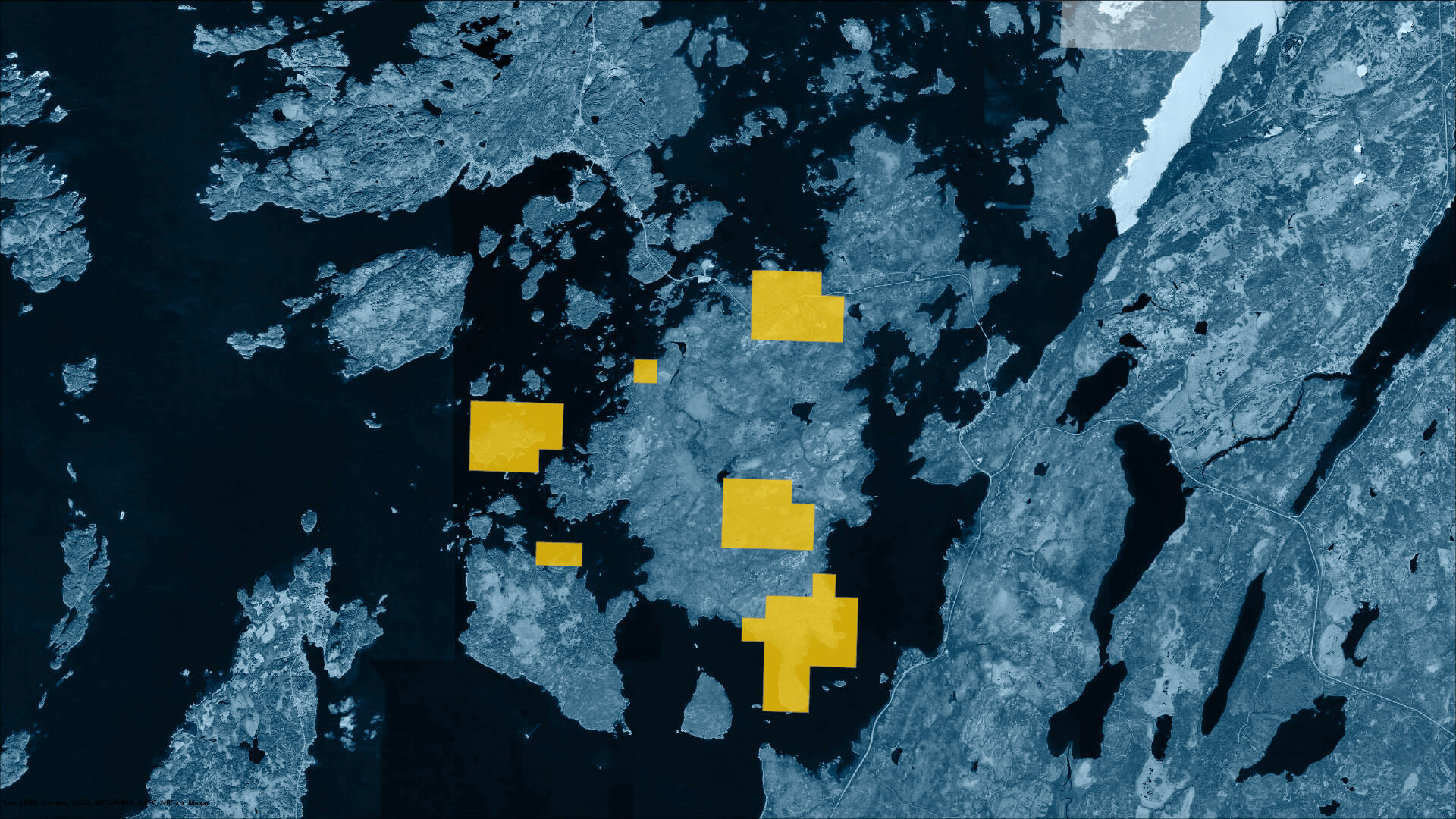 The Chapel Island property is located within the Early Paleozoic Exploits Subzone, proximal to the Red Indian Line, which is dominated by sedimentary successions with lesser volcanic assemblages (Williams, 1995). Chapel Island lies northwest of the adjacent northeast trending Reach Fault, north of the adjacent Loon Bay batholith and southeast of the proximal Red Indian Line.

Rocks east of the Reach Fault are included in the Silurian Botwood Group comprised of terrestrial volcanic and sedimentary rocks (Evans, 1996), and the Late Ordovician to Early Silurian Badger Group comprised of marine sedimentary rocks. Rocks to the west of the Reach Fault, and underlying most of the property, include the Middle Ordovician Coaker Porphyry unit, a porphyritic felsic intrusive, and the Middle Ordovician and younger Dunnage Melange.

The Dunnage Melange is a chaotic unit consisting of a heterogeneous sedimentary matrix, lacking consistent bedding and supporting a large number of clasts and blocks that are heterogeneous in lithology and distribution (Lorenz, 1984). To a much lesser extent, a mafic intrusive, the Middle Ordovician Puncheon Diorite, is also present.

At the Swamp Zone a total of thirty five channels were cut for a combined length of 35.9m at eight different locations in the old trench. The best results from the sampling was 5.20m of 484ppb Au and a separate channel of 0.9m of 3.90g/t. The remainder of the channel samples were slightly anomalous in gold.

In 1998 C. Jenkins completed exploration work in the central portion of the current Cornerstone Resources’ licence 10063M. Jenkins carried out soil sampling, prospecting and a Beep Mat geophysical survey. The soil survey resulted in the identification of numerous Au-in-soil anomalies up to 485 ppb Au. The geophysical survey was inconclusive and grab samples collected assayed up to 85.6 g/t Au (Jenkins, 1999).

During the 2002 field season Numerous grab samples and a few chip and soil samples were collected. The highest Au grade obtained from grab sampling was 22.7 g/t Au, the best chip sample results are 1.3 g/t Au over 2.0 m and 0.94 g/t Au over 3.0 m. Soil sampling did not return anomalous Au values (Quinlan, 2004)

Thank you! Your submitted information has been encrypted and stored securely.